August 29, 2018
Large antelopes called hartebeests, which were formerly widespread in Africa, have over the years declined in numbers with some sub-species being declared extinct, according to the International Union for Conservation and Nature.

Hartebeest is a large African antelope, also known as Kongoni, which has eight sub-species of which one is entirely extinct while others are facing imminent danger.

Kenya is a home of Coke’s and Lewel’s hartebeests, which have cross-bred producing Jackson’s species, whose numbers are also declining. The conservation status of Coke’s hartebeest falls under least concerned and the numbers are noted to be decreasing while the Lewel hartebeest is categorized as Endangered. The numbers, according to the IUCN red list, is also in the decline for further reading about the five species of hartebeests https://en.wikipedia.org/wiki/Hartebeest
Hartebeest are medium sized horse like antelopes, whose herbivorous diet is comprised mainly of grasses. Although they are mainly found in medium tall to tall grasslands, they are more tolerant of high grass and woods than other plains antelopes. They feed entirely on grass, but not very selective and quite tolerant of poor-quality food. Hartebeests are very alert and cautious in comparison to other plains ungulates and rely primarily on their vision to spot predators.

Typically Hartebeest cows and calves exhibit high site fidelity and, individuals within each heard are identifiable based on unique natural marks, thus sight-resight, estimators can be used to qualify abundance of herds. Females occasionally form small herds of 5-12 animals and strong dominance relationships between females define the social organization for the entire herd. Mature males are solitary and territorial while adult females do not form permanent associations with other adults but keep up to four generations of their young. Young are born throughout the year, but conception and breeding peaks is influenced by the availability of food. The hartebeest female isolates herself in scrub areas to give birth and leaves the young calf hidden for a fortnight, only visiting it briefly to suckle.


The hartebeest is one of the most sedentary antelopes (making it easy to hunt), but it does move around more when larger groupings form during the dry seasons or in periods of drought, to seek water and better grazing. At other times the females form small groups of five to 12 animals that wander around their home range. Most mature males become solitary and spread out in adjoining territories. Hartebeests go to water regularly, but in some circumstances, territorial males appear to go without drinking for rather long periods. The home ranges are usually densely populated. When a territorial male returns from watering, he may find another in his place.

Females are free to seek the best grazing in their home range, but males cannot leave their territories for long if they intend to keep them. Successful breeding only takes place within the territories-open, short-grass areas of ridges or rises on plateaus are the most favored spots. Males strenuously defend their territories; they often stand on open, elevated areas to keep a lookout for intruders. Should a territorial male be challenged, a fight may develop. Males are aggressive, especially so during breeding peaks. Like many antelopes, however, hartebeests have developed ways of fighting that determine dominance without many fatalities or serious injuries. A ritualized series of head movements and body stances, followed by depositing droppings on long-established dung piles that mark the territory's borders, normally precede any actual clashing of horns and fighting. After the dominance ritual, one male may leave. If not, the hartebeest with its stout horns, short, strong neck, and heavily muscled shoulders, is well-prepared for fighting. If the dispute over a territory is serious and both males are prepared to fight over it, a severe injury may result.

The critically endangered category is the highest risk category assigned by the IUCN red list for the wild species. And while Jackson’s hartebeest has significant numbers and is largely found in the Mount Kenya region, with significant numbers in Laikipia, they are also found in the Ewaso region of central Kenya and Ruma National Park near Lake Victoria. The total population of Jackson’s hartebeest is unknown but in Laikipia, their numbers are estimated between 700-1000 individuals of Ol Pejeta contains an estimated 175 individuals (21%). The Laikipia population has fallen by 70% in the last 10 years. A study investigating different factors responsible for the decline, which included habitat/ Loss, competition with livestock, disease, and predation, indicated that predation was a major factor causing the decline.

It is presumed that Jackson’s hartebeest has significant numbers, with those in Laikipia having declined by more than 80 percent in the past 15 years a situation which researches are pointing it to predation, diseases and also habitat loss.

Popular posts from this blog 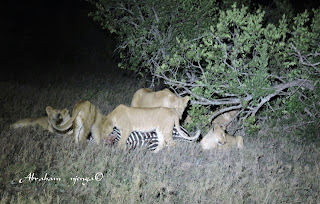 Night game drives are prohibited in Kenya's National Parks but have you ever wondered what its like to be out in the wilderness in the comfort of a 4x4 open roof land cruiser watching as the night unfolds? Most of the big cats are active at night and the opportunity to watch Lions hunt is rare, but there is a conservancy in Northern Kenya where a front row seat to this magical experience is guaranteed. OL Pejeta Conservancy is a destination of outstanding scenic beauty, an African Eden. It's a slice of wilderness paradise far from the madding crowd yet easily accessible, it's an ideal wilderness to reconnect with your wild side. There are lots of engaging activities that one can indulge in; Lion tracking, Bush walk, Bird walk, Endangered species boma, Dog tracking, Behind scenes chimpanzees, Junior Ranger, Riding with rhinos, community visits and to crown it all Night game drives you've got to add this on your bucket list. The conservancy is a jewel of wildl
Read more 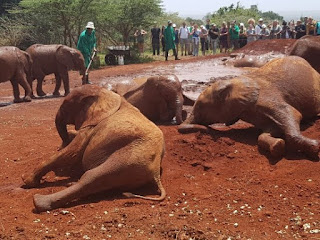 THE DAVID SHELDRICK WILDLIFE TRUST Many Kenyans in the streets of Nairobi have no idea about the dedication and conservation work undertaken by the Sheldrick trust which is today the most successful orphan-elephant rescue and rehabilitation program in the world and one of the pioneering conservation organizations for wildlife and habitat protection in East Africa or even that there are elephants within Nairobi National Park, the park is too small to house wild elephants because they require quite a huge home range bearing in mind their destructive way of feeding and their huge appetites but there are elephants here, young little baby elephants this are orphaned elephants rescued victims of mainly poaching and human-wildlife conflict in terrible state of emaciation and distress, this one of a kind rescue center for orphaned elephants is called The David Sheldrick Wildlife Trust (DSWT). Mud bath at the Nairobi Nursery  My encounters with the DSWT
Read more

DRIVING IN THE WILDERNESS THE GLEN EDMUND WAY 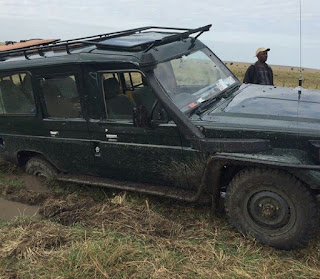 The numerous driving schools in Kenya have become so commercialized that by the time you get your license and you're behind the steering wheel the reality of the situation hits you in the face how half-baked you came out from them, I remember how congested  the table classes were and don't get me started on the practical part it was just a formality if you don't chip in something to the instructor he will brush you very fast and actually most of the time even step in the clutch for you and even engage the gear giving you lame excuses how sloppy you are, calling in the next person as you go to the back of the overcrowded old lorry. By the time we got to the day for the final road test practical exam at kasarani stadium half the guys were still asking how you get the lorry started, as usually we were quite crowded and had to be brushed off haste-fully only three guys apparently failed the rest of us were certified drivers that was back in 2008 but I believed much hasn'
Read more 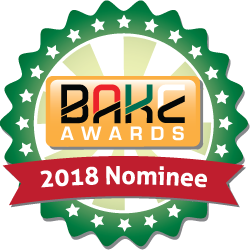